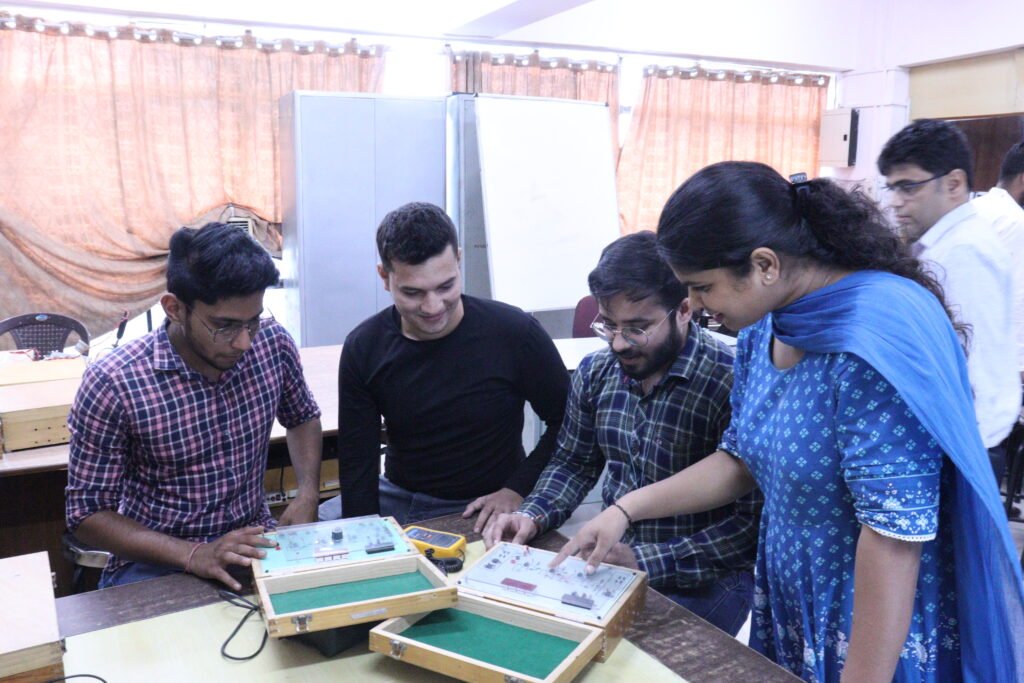 There are many different types of sensors and transducers, both analogue and digital and input and output available to choose from. The type of input or output transducer being used depends upon the type of signal or process being “Sensed” or “Controlled, ” but we can define a sensor and transducers as devices that convert one physical quantity into another.

Devices which perform an “Input” function are commonly called Sensors because of they “sense” a physical change in some characteristic that changes in response to some excitation, for example, heat or force and covert, that into an electrical signal. Devices which perform an “Output” function are called Actuators and are used to control some external device, for example, movement or sound.

This lab has sensors and transducers for conducting experiments and to gain insight into working of such devices which can be used in day to day life.

7. Static and Dynamic Characteristics of sensors.

10. Study and operation of Electrochemical Cell.